The Paradoxal Compass was published by Notting Hill Editions in 2017. It launched at the Penzance Book Festival and an extract appeared in the London Magazine. Paula Read at Review 31 said this and Linda Chown said that. It was featured at the 2017 Bridport Literary Festival, the 2018 Hay-on-Wye literary festival and at Portland Week 2019. In April 2018, in Chideock Village Hall, I used it to help answer the question Why Should We Care What Happens in Lyme Bay? You can watch a short film about it here and find out more in the Books section of this website.

It received a five-star rating in the NRC Handelsblad, for those who can read Dutch. I wrote an article about it, ‘Navigating Francis Drake’s Legacy’, for the New European newspaper (July 2018) and a feature, ‘Charting a Different Course’, for the July / August 2018 issue of Resurgence.

On related themes, I reviewed Florike Egmond’s Eye for Detail: Images of Plants and Animals in Art and Science, 1500-1630 and Randall Martin’s Shakespeare and Ecology, also for Resurgence. 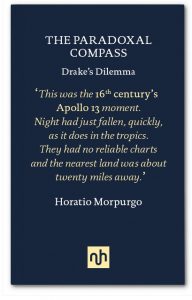 ‘Morpurgo’s thrilling, alarming approach to history insists on stitching the past back into the present and the future.’ – Adam Mars-Jones

The artist Angela Cockayne (Ark Embrace and the Moby Dick Big Read) has responded to the book with a ‘chart’ of its contents: 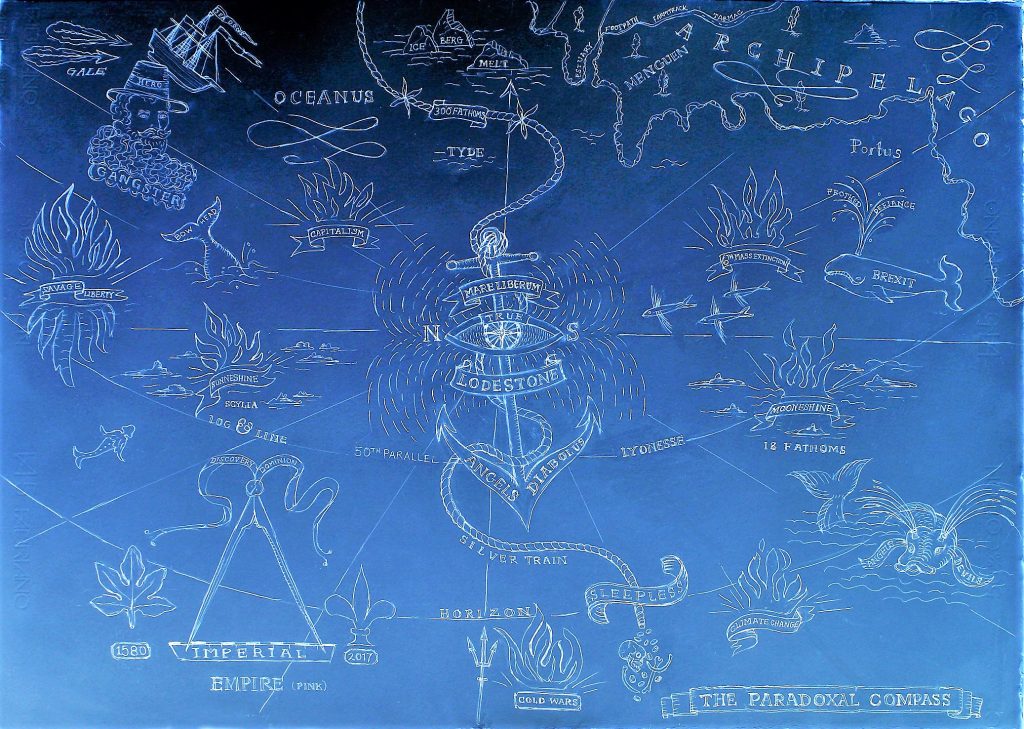 I participated in the campaign to establish a Marine Protected Area in Lyme Bay and have written about its wider implications for marine protection in English waters. There are six articles on the subject from the Ecologist, from 2013, 2014, 2015,  2017, 2018 and 2020. Lush Times published another on a related theme in 2018 and The Marshwood Vale Magazine published this in 2020. The Paradoxal Compass is about, among other things, the longer history of the West Country’s relationship with the sea and marine conservation’s place in that story. It concludes with a discussion of Lyme Bay.

In 2013 I helped to put on a related event, OUR SEA NEEDS OUR SAY, which can be viewed on line, courtesy of Dorset Eye. I interview Philip Hoare, Callum Roberts and George Monbiot about marine conservation on stage at the Electric Palace in Bridport. The first part is here and the second part is here

Extracts from the pamphlet I wrote about the migrant crisis (see ‘Books’) have been published as ‘The View from Mount Eryx’ in the the PN Review. I wrote an essay for Review 31 on the same theme, which is also a review of Peter Mason’s ‘The Ways of the World’.

My literary essays and reportage on the environment and on Central / East European affairs have appeared in many magazines and journals, as well as online. My work has appeared in The London Magazine, The Edinburgh Review, Resurgence, Areté, PN Review, New Internationalist, The Ecologist, Three Monkeys Online, Review 31 and elsewhere. I studied at the Universities of Cambridge and Edinburgh and now live in the South West of England. 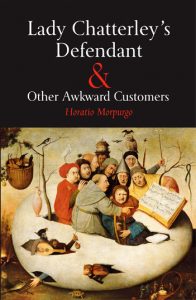 Lady Chatterley’s Defendant & Other Awkward Customers was my first essay collection, gathering in one volume reflections on Europe, the environment and writers as diverse and valuable (all of them) as Paul Goodman, Mary Midgley, Ted Hughes, Samuel Butler, Terry Eagleton and Thomas Hardy.

The whole collection has a freshness and a surprisingness which are a delight… I hope lots of people will read this book – for its vigour as well as its vision. 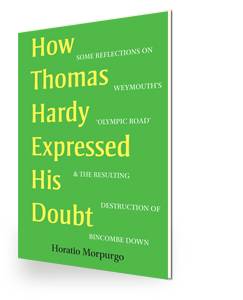 A previous book, How Thomas Hardy Expressed His Doubt – some reflections on Weymouth’s Olympic Road and the resulting destruction of Bincombe Down is a lengthy essay published in book form. It is available at Waterstones in Dorchester. Excerpts from this book have been posted on the Woodland Trust website – you can read them here.