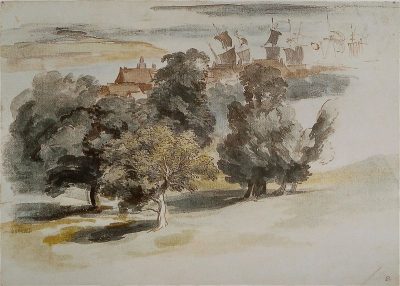 In The Paradoxal Compass (2017) I examine contradictions in the West Country’s identity. An image of settled rural existence overlaps there with a quite different kind of story, in which the region figures as point of departure for voyages both famous and infamous. As the first English province to globalise, it was implicated from the start in the contradictory nature of that process. The use of science by 16th c. explorers (many of the English ones grew up in the South West), their motives for setting out, their attitude to the peoples encountered, the close attention they paid to marine wildlife, what it meant to grow up with such stories and what it means to reflect upon them today – all of these are themes running through the book. I’ve looked again at one of the best-known of those voyages, Drake’s circumnavigation, asking what, if anything, it might say to us now.

In an earlier book, Lady Chatterley’s Defendant & Other Awkward Customers (2011), I explored other paradoxes of our current condition: ‘If I had to explain to a young, thoughtful Muslim, or his evangelical Christian counterpart, why absolute freedom of thought matters to me, I would start with Samuel Butler. The New Atheists wouldn’t get a look-in, and that is not because I am from the Neville Chamberlain School of anything. It’s because I believe that clear, witty, temperate prose, in the service of true imaginative power, is the best persuader we have, and the best persuader we will ever have.’ This is from Samuel Butler, or The Art of Being Funny about Religion, an essay included in that collection.